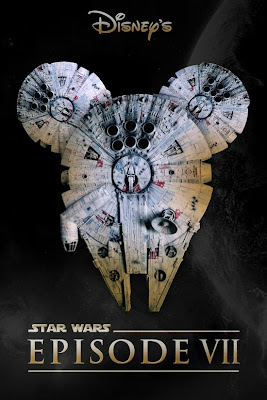 A little over a month ago I suggested that Disney fans join RebelForce Radio in writing Bob Iger to save Star Wars: The Clone Wars.  And then a day later the news of the show's cancellation hit the press.  And I thought the story was over!

And then this week, I received this letter.  And I have to admit I was shocked and a little overexcited to get a letter addressed from LucasFilm. 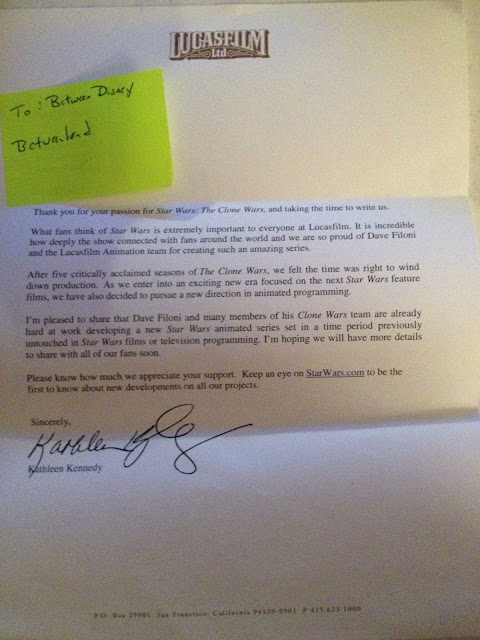 Here are my brief thoughts on this letter:

I am still shocked.  I never expected Disney or LucasFilm to respond.  There was nothing that said that Disney had to spend the 46 cents for a stamp and send me a letter.  I have received less consideration from publishers I have contacted and a apparel store that messed up a recent hat order.  Honestly, part of me did not think my favorite animated show could be saved.  And it was not.  But I am starting to move on.  As the letter notes, they did give me an ending.  And the show lasted than most animated television series.  I am moving on, straight into the next chapter when I can take the Between Kids to new Star Wars in the theater.
Posted by Between Disney at 5:38 AM