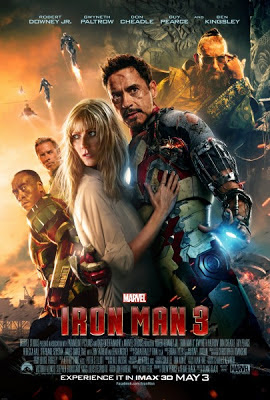 I am a Disney fan, Marvel fan, superhero fan and a heretic.

Contrary to other reviews you may have read already, let me say Iron Man 3 is a good movie but not the greatest superhero comic movie ever. It is not as good as The Avengers, Iron Man 2,or Iron Man (my personal ranking, yes I did put 2 before 1). It is fun and enjoyable though at times (the front) it kind of drags and I have plenty of concerns that brought me out of the movie the first time I watched it. Maybe my expectations were too high!

In the third installment of the Iron Man series, an emotionally maturing Tony Stark, played brilliantly by Robert Downey Jr., is dealing, and not well, with the emotional ramifications of the battle for New York in The Avengers. While emotionally at his wit’s end he enters into a confrontation with the terrorist The Mandarin who is attempting to reeducate the American President. Tony becomes embroiled into this confrontation after one of The Mandarin’s Extermis soldiers hurts someone close to Tony. After a strike on his home, Stark must determine how to defeat the demons of his past, find The Mandarin’s lair, protect those he loves and defend the United States’ government in this Mousey Movie: 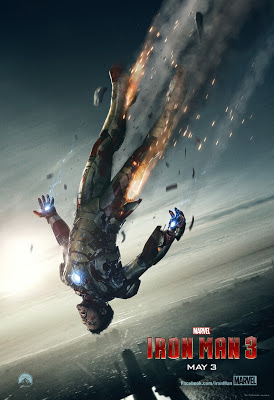 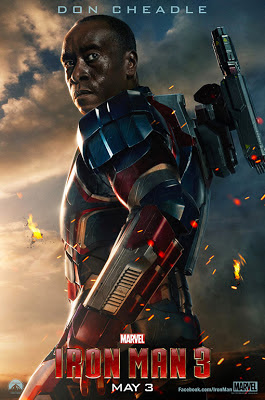 Again, good not great. Iron Man 3 does have things we expect and need including the Stan Lee cameo and the post credit scene. Actually the post credit scene was not what I expected, or still believe needed, but was probably one of the best to date. If you are reading this blog, you will probably see Iron Man 3, if you have not already. I recommend sitting back, relaxing and do not look critically. Because when I took that strategy it was a much better movie.
Posted by Between Disney at 5:33 AM