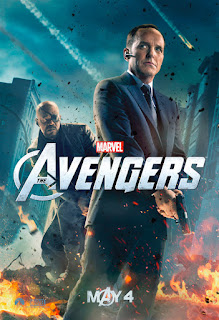 I’m never going to have the strength of Captain America.  I’m never going to have the godlike powers of Thor.  And I am not anywhere close to smart enough to build my own super suit.  But I can clean up well enough to look good in a suit!  So if there is any character I could ever strive to be in The Avengers it would be Agent Phil Coulson played by Clark Gregg.  Coulson is the non-super yet highly capable member of the Strategic Homeland Intervention, Enforcement, and Logistics Division or S.H.I.E.L.D.  Coulson is unphased spending his days surrounded by and managing Disney’s mightiest heroes
I am not the only one that thinks we need more Coulson, so does Disney and Marvel.  They have developed a small series of shorts called “Marvel One Shots” that center around Coulson and episodes in the development of the Avengers Initiative.  The absolute best is “A Funny Thing Happened on the Way to Thor’s Hammer” which bridges Iron Man 2 and Thor:

Never underestimate a man in a suit!
The Agent Coulson goodness just won’t end.  Not only will he be included in May’s The Avengers but you can now enjoy a little bit of Coulson at home every week on DisneyXD with Gregg voicing Coulson on Ultimate Spiderman.
Avengers Assemble!
Posted by Between Disney at 7:02 AM