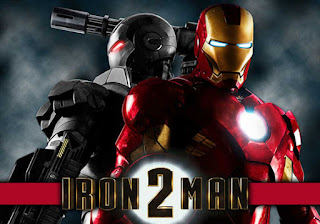 In this sequel to 2008’s Iron Man, the world knows that Tony Stark is the superhero Iron Man. Of course this leads to problems. The U.S. government wants Stark’s weapon, the Iron Man suit. And a Russian bad guy named Anton Vanko believes Tony and his father Howard stole his own father’s technology for the development of the arc reactor which powers the Iron Man suit. Howard Stark had Vanko’s father deported leading to a life of poverty while Tony had a life of affluence. And the Iron Man suit and the pacemaker that keep Tony alive want something from him too, his life. Tony is slowly being killed by the arc reactor powering his heart. This leads to fights with friends, girlfriends, industrial competitors, Vanko and self through bad life choices. This all leads us to ask, how will Tony Stark survive?

A Mousey Movie you say? Well of course! Yes, Disney does own Marvel and Iron Man is a Disney character. But the movie was developed pre-Disney acquisition, so it’s not fair to say that it was developed as a Disney project. Though by the time of release in May 2010, Marvel was fully a member of the Disney family and any visit to the Disney Store made it clear that Iron Man was part of the House of Mouse. No, it’s not the ownership by Disney that makes this a Mousey Movie, it’s the fact that I see Iron Man 2 as a tribute to the life and legacy of Walt Disney and his theme parks. When viewed it that light it is impossible to not appreciate the final product released to theaters. 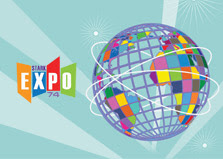 So if you are in a Disney mood, but are not in the mood for cartoon animals or want to have some excessive explosions, throw in Iron Man 2. It will bring you a little bit closer to home living Between Disney.
Posted by Between Disney at 6:01 AM