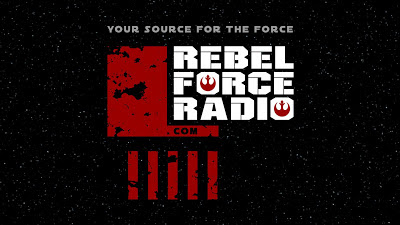 After the Disney purchase of LucasFilm I suggested that you check out The ForceCast as a way to become more familiar with Star Wars and for the latest news and rumors as Disney begins to work their new franchises into their future plans.

Recently an announcement on The ForceCast website caught me by surprise:

Growing from the initial desire by Dustin, who manages content here at TheForce.net to have a podcast presence, the ForceCast has dominated Star Wars podcasting since its inception, and we are all very proud of it, from when it was Jason and Pete, to Jason and Jimmy, who stepped up and stepped out incredibly when the need arose, and of their fans, who are some of the biggest Star Wars fans in the world.

The guys are moving on though, to Rebel Force Radio, their own production. I'm sure there will be ample communication on this very soon.

Here at TheForce.net and Rebelscum.com, we wish them the very best of luck in the new endeavor.

Additionally, the content created to date will still be archived and available, and Jedi Journals from Jay and Chris, will continue to be produced and available.


After watching the trailer, I think that a lot of what I loved about The ForceCast will hold with Jason and Jimmy’s new production, RebelForce Radio.

They will both still be co-hosting and still sharing the chemistry which made their original collaboration enjoyable. Additionally, it sounds like they will continue with some of the segments they used on their old podcast, like “The Billy Dee Quote of the Week”. One concern that I had was would they have the same access to the Star Wars community they had previously? But the announced appearance of Dave Filoni on their first show January 19th shows me that the strong network of Star Wars personalities they have worked with in the past remains in place and we can expect a series of knowledgeable Star Wars guests.

I look forward to hearing Jimmy and Jason’s new production and wish them the best of luck with RebelForce Radio.  Now excuse me I have to go submit a question for Dave Filoni over on their Facebook page.  I wonder if he will spill the beans about the Disney partnership?
Posted by Between Disney at 2:24 PM