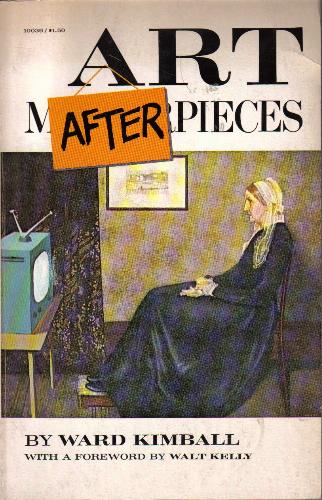 Clearly to Ward Kimball nothing was sacred.

In his book Art Afterpieces, Kimball completes classic works of art. For example, in Kimball’s revised version of William M. Harnett’s After the Hunt, Kimball adds Donald Duck to the hunter’s bounty. To the familiar Blue Boy he adds a jazzy goatee and sunglasses. And in Michelangelo’s Creation of Adam, God lights up Adam’s cigarette. The point of the book is not necessarily to be funny. In fact Walt Kelly in his foreword recounts Kimball’s statement that if others found his artwork funny, he has failed in his task. Kimball himself recounts a story from his childhood in which he looked to complete a classic painting. And that is what Kimball has done, added to classical art in a way that matches the late Disney legend’s personality. 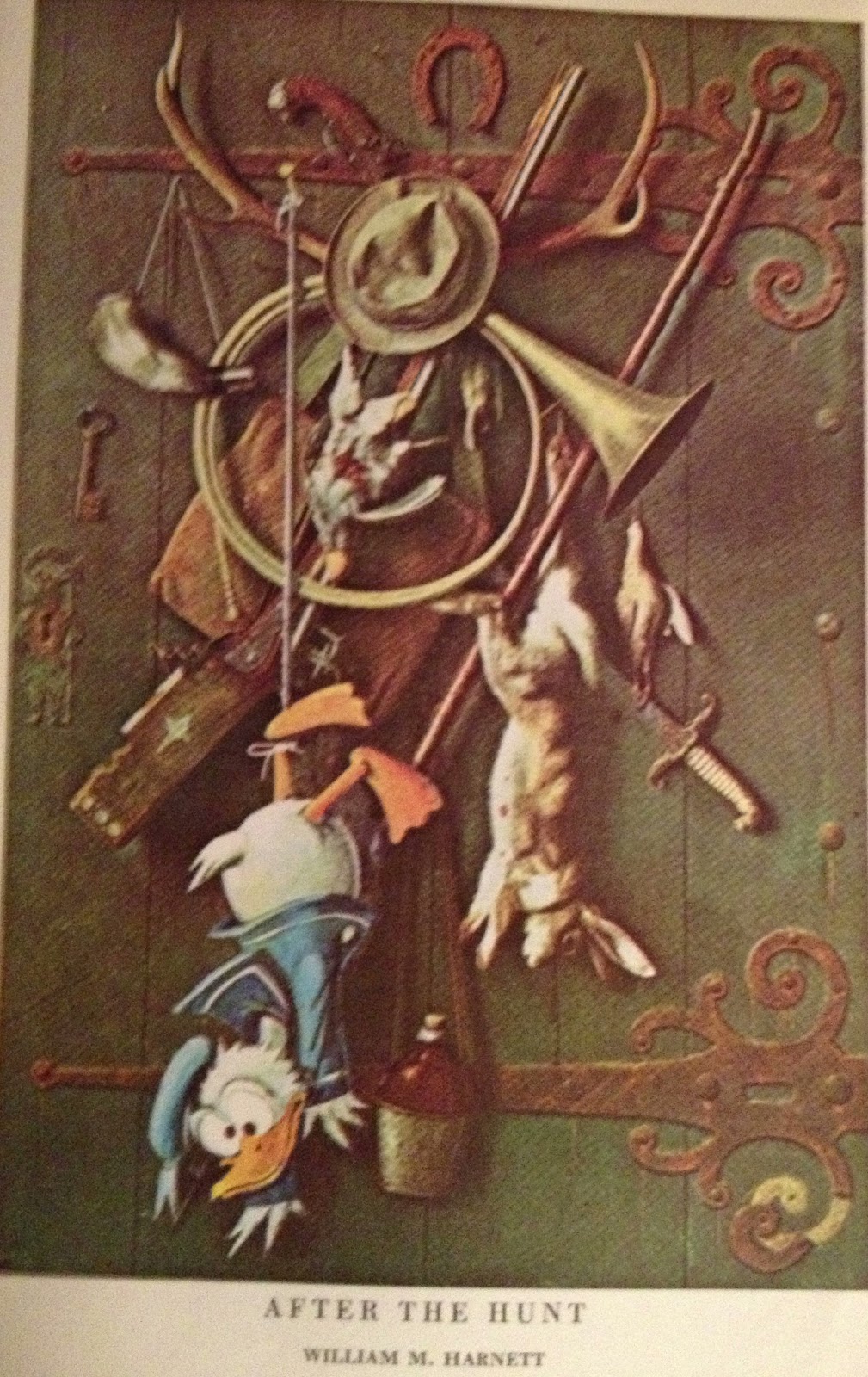 Art Afterpieces is a short book, and you likely can find one of two editions for a few bucks. I am not an art guy, so I was able to run through the book in around 20 minutes. I did chuckle a few times, especially when Kimball added Disney images to the artwork. So I guess I missed the point! I would likely suggest this book to fans of Ward Kimball as it helps show off his cracked view of the world. A reading of the book helps give you insight into the mind of the very quirky Kimball, and may lead you to want more (cough cough where’s the bio). But for the casual Disney fan, this is probably not something that would be enjoyable. 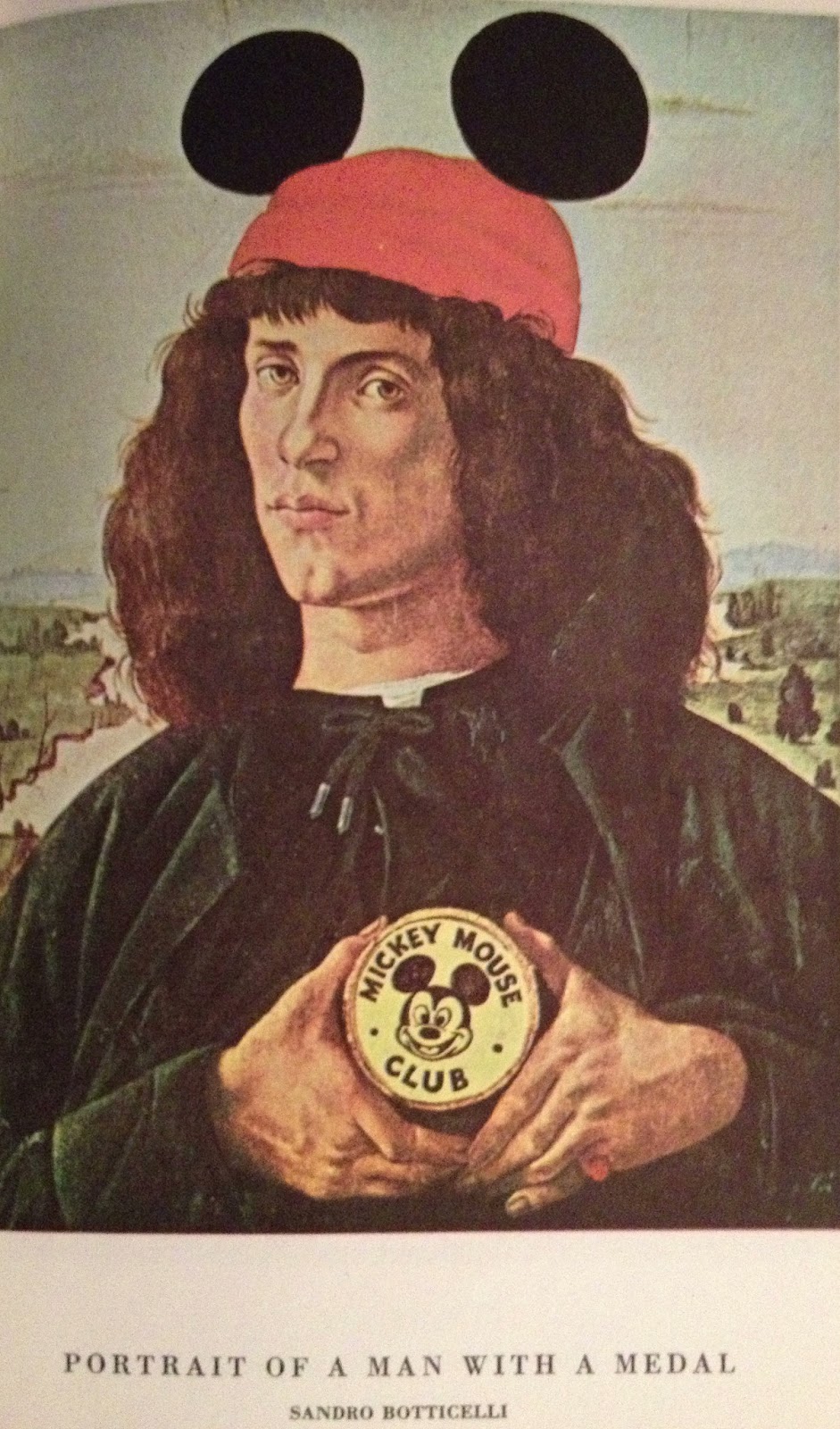 I just wonder how the late Kimball got some of these images past (cough cough) Disney legal!