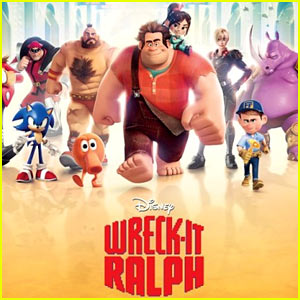 Whatever happened to Garlan Hulse? You know, Garlan Hulse, the boy who captured America’s imagination by scoring the top score on Fix-It-Felix Jr.

Rich Moore, the director of Wreck-It-Ralph, catches up with Hulse and documents his rise, fall and attempt to rise again to the top of video gaming in the expose “Garlan Hulse “Where Potential Lives”.


This mockumentary is a great tool for promoting the home video release of Wreck-It-Ralph. This 28 minute film follows the story of Garlan Hulse, a very “interesting” young man who loves his mother and held the record playing Fix-It-Felix Jr. for six weeks. Filmed in the style of the documentary King of Kong: A Fistful of Quarters. The film is quirky, adult in humor, and a brilliant way to help market the film. Though there is part of me that wonders if the original goal was for the filmmakers to just have a really good time. If I was to criticize anything it might be a little long, I am not someone who typically watches more than a few minutes of video online.

If you are interested in Wreck-It-Ralph, you may also want to check out the Nerdist podcast which recently sat down with Moore. In the interview you learn a lot about Moore’s background, animation, reality TV shows, and the future of Wreck-It-Ralph. Spoilers, when asked about a sequel he states, “it just may happen.” But I have to warn you, Moore may be a Disney director but there is some adult language. But it is funny!

Will Garlan Hulse rise again and reclaim his childhood love? Well you should just watch to find out.
Posted by Between Disney at 12:25 PM