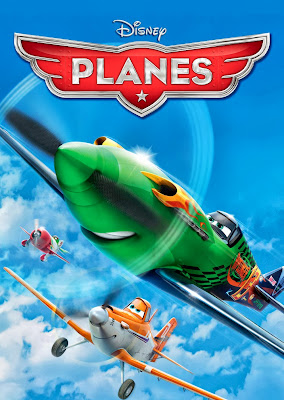 Who has jumped onto the Planes’ bandwagon? Anyone, anyone, Bueller? You better get on now, because before it even hit the theater, opening at $22.5 million (though the empty theater I watched it in makes me want to demand a recount, the sequel was pre-approved just like those credit cards they send you in the mail! If anything can be gleaned from last weekend, finishing third in front of the newest Percy Jackson movie probably sounds the closing bell for the demigod.

Here are my thoughts on this Disney offering of a Pixar universe:


For me, and from other reviews I have seen Planes fell flat for me and those like me, adults. But unlike Up, or cough cough Pixar films, I do not feel like Planes was written for an all ages audience. It was produced for kids and both of the Between Family minors really enjoyed the film. And I will be purchasing it when it finally arrives in its intended home release.

So 2014, Planes: Fire & Rescue kids. I wonder how they will turn the three minute “Rescue Squad Mater” into a 90 minute film!