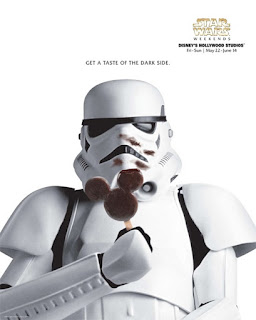 It is likely by now you have read through many news outlets that Disney acquired Lucasfilm today through a cash and stock purchase.  As a Disney fan I cannot be more excited!  Star Wars, as we first knew it was one of the first movies I remember seeing in the theater and dominated my play as a kid.  And though I walked away from serious fandom as a young adult, Star Wars was always there to entertain me when needed.  As a father I have been able to rediscover the Star Wars universe with my children.  I honestly could not be more excited about what Disney may do with the Lucasfilm properties, especially Star Wars.

The following are my first thoughts, before we know much of the details of this deal and Disney’s plans (other than to make buckets and buckets of money):

·         Feature Films: Star Wars Episode VII was revealed with the announcement of this acquisition for 2015.  And it has been confirmed what many of us initially assumed, Star Wars comes in threes!  Story treatments have already been developed for a full new trilogy.  Kathleen Kennedy will be executive producer for these new films, with George Lucas consulting.  This will effectively be the first time that canon will be developed outside of Lucas’ full creative control.

But there are opportunities for other films.  Captain America: The First Avenger director Joe Johnston started his career at Lucasfilm.  He would like to helm a Boba Fett feature.  Fett is special to Johnston as he designed the bounty hunter’s armor.  With his success for Disney in the Avengers franchise (along with the cult favorite The Rocketeer), maybe Disney would green light this dream project.  So maybe there are other films in the hazy future.

Of course other franchises other than Star Wars will be impacted.  The Indiana Jones property could see new films in the future.  But I believe other potential projects will be killed.  To me as a complete outsider I believe this seals that a John Carter trilogy will never happen.  Why would Disney invest in a Star Wars like franchise when they own Star Wars?   Despite the fact that the original Edgar Rice Burroughs books inspired Lucas, one of the chief complaints was critics felt the Disney film was a copy of Lucas’ franchise.

One thing I wonder about is 3D.  We got Star Wars: Episode I The Phantom Menace last winter.  But I have really not heard any news about Star Wars: Episode II Attack of the Clones.  At one time they talked about a yearly release plan.  Does Disney shelf this as results with the first release were good but not great.  Or do they use their experience, that includes winning the weekend war with 3D animation rereleases, and continue to give us the 3D releases?

I also think it is important to call out that in the personal history of both Walt Disney and George Lucas is a shared thread of improving the technology of movie making.  Along with the movie franchises Disney now owns Industrial Light and Magic, Skywalker Sound and Lucasfilm’s other business holdings.  I hope the Mouse continues to respect the genius of both men and support technology improvements, which enriches our viewing experiences.

·        Theme Parks: Lucas has been working with Disney for decades to provide theme park attractions globally.  In fact he has stated he believes Star Wars should have a theme park but he lacked the finances to afford building a park on par with Disneyland and other Disney parks.  And this deal means Disney fans will see more Lucas in the parks.  I believe the park that will benefit the most in the United States will be Disney Hollywood Studios in Orlando.  The area around Star Tours is ripe for a Stars War Land.  Past rumors have included the Cantina (but can you eat with Greedo) and an expanded Jedi Training Academy (which Orlando really does need).  But what other treasures could there be in store other than shopping experiences? 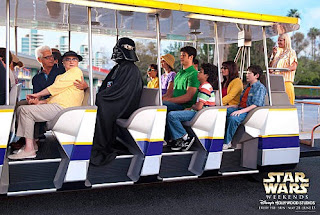 At the Disneyland Park to me the possibilities are more limited.  Star Tours is there, along with a large shop.  But would anyone really want to remove Space Mountain for a Star Wars themed coaster?  Though I admit a seasonal overlay  for May 4th would be really awesome.  Additionally, would they remove Autopia for a Pod Racer or Speeder course?  I hope not, since it’s really the only opening day attraction still there in Tomorrowland.  Innoventions would be an ideal location for something Star Wars.  But I personally would prefer to bulldoze that and put either the Stark Expo or an Iron Man coaster in its place!

Of course, another gate would also be a possibility now.  A new theme park in Anaheim has been rumored for years, with the latest version of the rumor being Marvel Superhero Park.  I still think that has more of a possibility today, as Disney really needs to do something with their Marvel properties also.

I also believe this means Star Wars Weekends will continue with no hitches.  I would say they would only be better in the future with Disney having contacts in house.  But honestly, the cooperation on these events has been pretty good so I do not know how they could even be done better.  But maybe, this could mean an opening for a California version of the event.  Or maybe meet in greets with Star Wars characters will happen all year round.

This acquisition will also keep the presence of Indiana Jones firmly in place in both U.S. resorts.  Indiana Jones keeps getting lost in this deal, but as good as Star Tours is Indiana Jones Adventure: Temple of the Forbidden Eye is just as good and for some guests better.

Can we officially get rid of Avatarland now?  Disney owns Star Wars, can guarantee that future movies will come out and it is a better property.  Can this door be closed?

One open question I have is what does this mean for the Legoland family of parks?  They have developed Star Wars themed attractions.  Will their contracts allow them to keep them?  Will Disney?  Disney has a working relationship with Lego, liscensing for example the Pirates of the Caribbean Lego game but will this relationship continue?

·        Television:  I am a big fan of Star Wars: The Clone Wars.  But I think fans can acknowledge that it probably has only two more seasons beyond this one at the most.  The stories are simply getting closer and closer to Star Wars: Episode III Revenge of the Sith.  One of my thoughts when coming to terms with this is what happens to supervising producer Dave Filoni.  Filoni is a Star Wars fan, a skilled storyteller, and one of the few to have had Master Star Wars classes with Lucas.  Disney understands story and values storytellers.  Could Filoni become a John Lasseter for Star Wars animation?  I hope so.  At the last Star Wars Celebration they showed to fans that had kids samples of a show called Young Jedi.  This program would feature Ahsoka as a mentor to younger padawans.  And it is just the sort of thing that sounds Disney!  It easily could find a home on Disney XD.  Maybe reruns of Star Wars: The Clone Wars could find a home there too, as we have seen with some Marvel animated titles.   And they have done a nice job with original animated title in Disney XD like Ultimate Spider-Man.  It is a match made in heaven!

Of course Star Wars Detours needs a home.  Honesty Cartoon Network I did not want you to have it.  The channel may be claiming to be reviving Saturday morning cartoons.  But what I have seen in the last year is taking prime time programming like Star Wars: The Clone Wars and Young Justice and hiding it.  Even my DVR is confused!  But Star Wars Detours would look fantastic on the Disney Channel playing in a block with Gravity Falls.

Then there are all the other possibilities.  Could Droids and Ewoks show up on Disney Junior?  Does ABC Family in the future have trilogy marathons?  How about a Young Indiana Jones reboot?  Now that is something that would look really good on Disney XD!

·        Everything Else:  This is a big deal.  These are big rich companies so a lot of thoughts come to mind.  Some of the other misscelanous include such thoughts as will there be a Mickey/Pixar/Muppets/Star Wars/Marvel crossover of some type.  My guess is maybe someday but not quickly.  To date there has only been one Disney/Marvel crossover and that was the Avengers and the elves from Prep & Landing.  Will Star Wars comics return to Marvel?  Will Disney Publishing take over the Expanded Universe?  I think those two will be tied to what current contracts allow and if licensing is more profitable than full production for Disney.  It is not like Disney is recognized as a publisher of science fiction novels.   And we will get the original theatrical releases on Blu Ray?  First of all, Disney has shown willingness to listen to creative voices in the past.  And George Lucas is not just a Disney fan, he’s part owner now.  So I am guessing that until Lucas gives the green light, that would be a no!

Honestly, I am still stunned.  This came out of nowhere, but is also something I have thought for years would be a great idea.  This may be a bigger day than Disney’s purchase of Marvel.  As one tweet I saw earlier said, Princess Leia is now a Disney Princess!
Posted by Between Disney at 10:01 PM