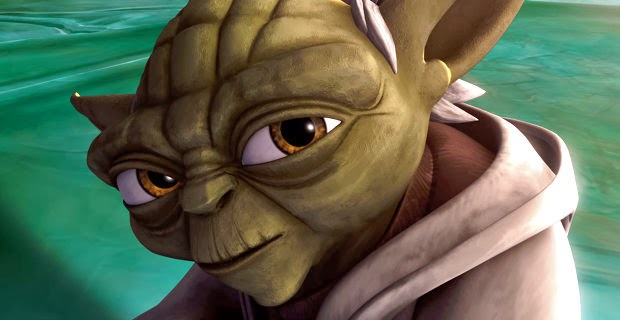 It was last May that I received a letter from LucasFilm stating I should look forward to the future even though Star Wars: The Clone Wars was coming to an end.  We now know the promised future project under Dave Filoni is Star Wars: Rebels.

But shockingly, that is not the end of the Star Wars: The Clone Wars story.  With Disney's growing relationship with Netflix, on March 7, 2014 (today), a final 13 episode final season will be shown on Netflix!

Here is the trailer:

What did you think?

These 13 episodes are more than a few pick-ups, this is really a half season of content.  And I love seeing arcs we were hinted about making an airing.

Personally, I loved this series and I think it is great that it has a streaming home on Netflix.  It makes me feel less pressured to buy all the seasons (I only own one).

I am excited to see them dig deeper into the Force, and the Yoda arc looks fantastic to me.

And I love seeing them exploring Order 66 and the Clones in greater depth.

The biggest question is how many episodes can I get in this weekend?

Posted by Between Disney at 5:58 AM