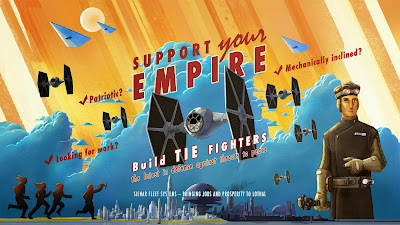 When Disney bough LucasFilm there was a lot of speculation that Star Wars: The Clone Wars would be moved to Disney XD.

Instead it was cancelled.

But hope for Star Wars fans is not lost.  Disney has announced that in 2014 a new animated Star Wars show will make it to Disney XD, Star Wars Rebels.


This new show will be set closer to the Original Trilogy, and closer to the characters that will be used in Episode VII.  And it will play on a period of Star Wars history that more older fans will be familiar with.  And you never know, maybe even Darth Vader could show up.

Dave Filoni, in this video from New York Comic Con, talks about what is happening behind the scenes (lots of Star Wars: The Clone Wars staff are still in Disney employ) and outlines the new villain.


I think it is The Inquisitor that will catch most fans attention, a new Star Wars villain is a pretty big deal (especially for toys)! 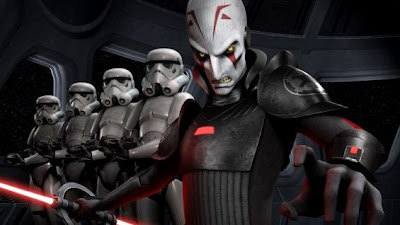 I will say he does seem close to the Darth Maul model, with his double bladed lightsaber.  And it does some interesting that someone who is not a Sith or a Jedi (we think) will be wandering around with this weapon.

I am sure that there will be plenty more news in the next year.  Until then you may want to keep an eye out at http://www.sienarfleetsystems.com/.  The Empire does need quality Tie Fighters!
Posted by Between Disney at 8:09 AM