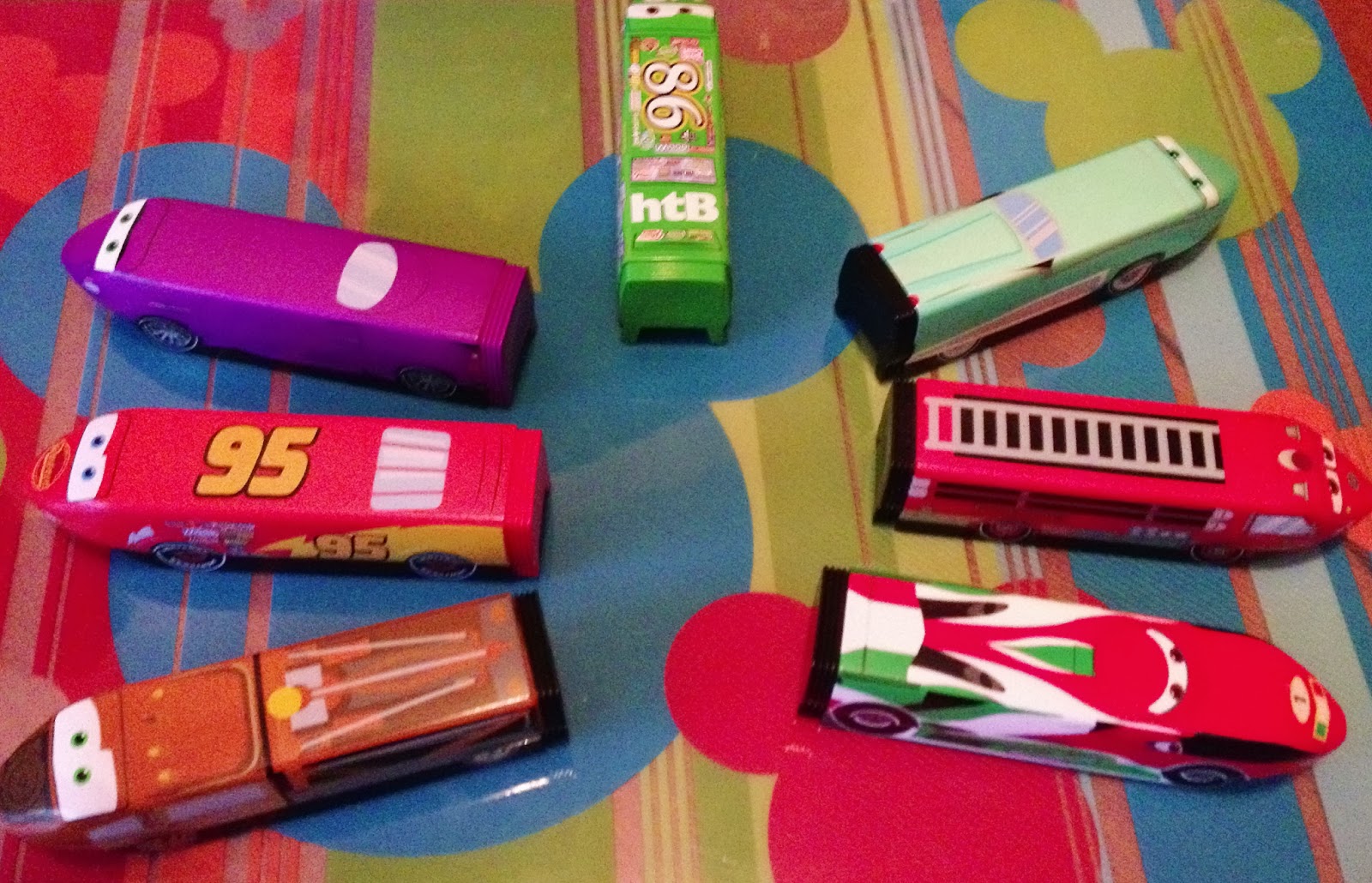 Disney fans are famous for collecting things. Seriously, official Disney pins is an entire industry with a rabid fan base. Pin collecting is big enough that other parks are following their lead. There are ear hats, Vinylmations, popcorn buckets, and more all graced with Disney logos. A big part of the reason is Disney collectors spend money. As I sat in Betweenland recently, I pulled up several photos of long lines for Epcot’s 30th and heard the ringing of cash registers in my head.

I really do not collect anything. Well that is unless you count books. Books don’t count right, those are educational. And I don’t think you can count T-shirts, coverings are a basic human need! So I have not really dived into any of the big collecting areas. I own no pins and there were less than five Vinylmations in our house, mostly baseball themed. Okay, I do collect themed baseballs, not exactly a high volume collectable.

When they released Cars Vinylmations, they had my attention. First, Cars and Cars 2 are very popular in the Between House, especially with the Between Kid. Second, they figures were shaped like monorails, which the Between Kid also loves. The Between Kid had to get these, but the question that I was left with was how? It was not like I could just drop into the parks and pick up a case to get the set. And there would be no opportunity to trade with other collectors, even if I understood how trading works. So I was convinced that I was going to have to spend a ton when we went on vacation buying a flat to get the whole set.

I was wrong, we did not even need to go the parks. The figures were available as blind boxes at www.disneystore.com. I was somewhat hesitant to buy blind boxes online and continually drug my feet. But an email changed everything. There was a one day sale in which they sold the blind boxes for over 50% off. So I jumped online and bought 6 boxes, figuring that my $30 would be well spent if we got 4 non-duplicates. And was I ever surprised. They included a bonus Robot Series 1 Vinylmation for every Cars Vinylmation ordered. And most importantly, and results may vary, we received no duplicates in our blind boxes which included the chaser.

With half of the set in hand, the next step was to find the half missing from the set. I was not willing to buy more blind boxes since the changes of duplication were high. So I turned to Ebay. And I watched Ebay over a period of weeks. By not just jumping on the first auction of those we did not have I was able to buy the remaining boxes at prices between $4.50 and $7.00 including shipping! For the Between Kid, this became a game as the Kid showed me the box pointing out the ones that dad still needed to get!

So why this story, because it’s really not about the complete Cars Vinylmation set. Though it does look really good in a Cars themed room! No this is encouragement that you can collect your favorite theme park items here in Betweenland. Yes, this was not a limited edition set, but it was still relatively cost effective to put together this set without purchasing duplicates. Yes, if it was limited edition I am sure the Ebay costs would have been higher. But by being patient we were able to lower our own costs. In the world of Ebay if there is something you want there is a good chance someone is selling it. And www.disneystore.com does a pretty decent job of carrying parks merchandise, including limited time offerings such as my Space Mountain anniversary tee shirt that I love. No friends, feel free to collect those Disney items your heart desires, because in an online world your collectibles are just a click away.

Posted by Between Disney at 5:30 AM