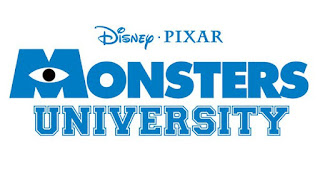 I don't know about you, but I can't wait until Summer 2013 for us to get the prequel to Monsters, Inc just based on the fact that I have yet to see a Pixar sequel I did not like.  And I like seeing new Mike and Sully in this trailer.

Are you excited about Monsters University?
Posted by Between Disney at 5:31 AM