Mousey Movie Preview - As Dreamers Do 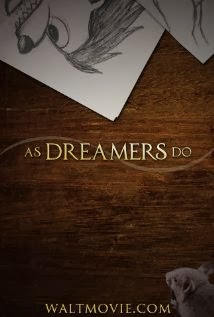 I have been hearing more and more about an Independent movie about the early life of Walt Disney called As Dreamers Do.  Here are the first two trailers so you can see for yourself what the filmmakers are planning.


In interviews that I have heard with the producers they have stated that they basing their story based on what Walt Disney stated in his stories.  And as you can see there is a real mouse throughout the trailers, based on a story which Walt Disney told about having a pet mouse.  And that story may be more myth than reality.  But I am kind of excited about seeing a biography based on how Walt Disney positioned himself...not just the fact.

Posted by Between Disney at 5:45 AM