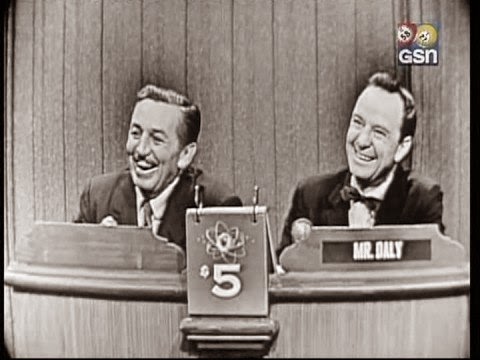 You really do have to love YouTube!  It is amazing what you stumble upon.  And recently I found this clip of Walt Disney on What's My Line which ran on CBS from 1950 until 1967.

It really is worth a watch as he describes his new endeavor called Disneyland!

Honestly, I thought on the first question they had Mr. Disney due to his distinctive voice.  And I loved the fact that when asked about additions, his focus was on the future at Disneyland not what he had already accomplished.  It gives you the sense that he really did see Disneyland as a project that would never be finished.

Posted by Between Disney at 5:56 AM