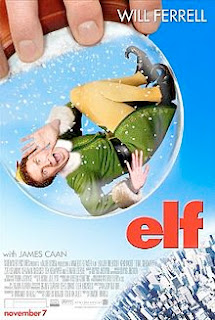 In passing, I told my friend that I was watching Elf tonight and wondered if I could declare it Mousey. His immediate response was “How?” An excellent question spawning from his knowledge of my self-imposed rules for declaring movies Mousey.
Stay with me and allow me to pull back the magical creativity veil and reveal to you my process. As a general rule, I require at least 4 connections to Disney properties in order to affirm a Mousey movie. Additionally, at least two of these connections need to be strong and not previously discussed before in a Mousey Movie post. So in the case of Elf, I could have used director Jon Faverau as one of my connections, but 1) I have used him before and 2) I have plans to use him again. So that is a connection I do not wish to revisit.
Sometimes I use themes and backgrounds to tie a movie to the Mouse House. So, for Elf an easy connection would be the settings of New York City and Central Park which also are used heavily in Enchanted. But there are a lot of movies that use New York that are not Disney productions, like The Smurfs, making the connection rather weak. What Elf really has going for it is motivation. For me, it is the non-Disney movies that are the most fun to link back. For example, a movie like Secret of the Wings is not fun for me, as I simply would link the majority of the fairy voices back to their Disney Channel and direct to video productions. To be fun, I need new possibilities and the thrill of the hunt in the research. So, for a new Disney movie, my preference is to write a Mousey Movie Review rather than focus on the links to Mickey’s Empire. So yes, my friend’s question had thrown down the gauntlet and somewhat unknowingly issued a challenge to both of us. In accepting this challenge, I found in Elf more than I ever needed to declare it a Mousey Movie!
If the viewing of The Santa Clause has become the primary holiday tradition in my house, the multiple replaying of Elf by the Between Kids is the second video tradition. They love the story of Buddy the Elf played by Will Ferrell who upon discovering that he is in fact human journeys to New York City to connect with his biological father. In New York, Buddy has to help his father get off the naughty list and find acceptance of his very odd, lost son. Along the way, things get Mousey: 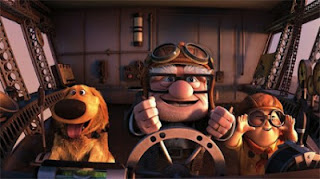 A Loving Dog and a Grumpy Old Man!
My buddy laid down the challenge and I was shocked to find I could declare Elf mousey. There are numerous connections to Disney franchises in this movie that beams Christmas spirit. I’m guessing if you have a good sense of humor, you probably are also enjoying Elf amongst your Christmas viewing.
Posted by Between Disney at 2:17 PM