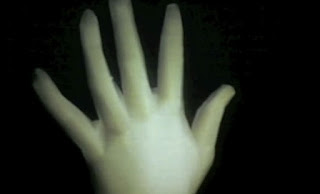 This short video from 1972 is referenced in The Pixar Touch.  Compared to a big screen Pixar production, or even Pixar's earliest shorts this video is simple.  And it does not impress our 21st Century tastes.  But this production by Pixar founder Ed Catmull was a landmark moment in computer generated animation.
The segment was later reused in the 1973 movie Westworld.  And it was included in the U.S. Film Archive for preservation due its historical significance.

Yes, a Computer Animated Hand!  And one more step towards Toy Story!

Posted by Between Disney at 5:42 AM