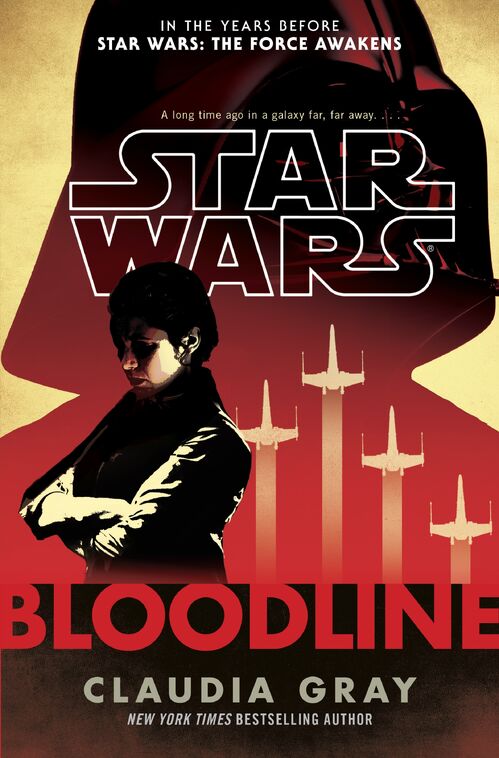 I was a big fan of Claudia Gray’s Star Wars: Lost Stars. I was impressed with the character building and Gray’s ability to keep my attention in both the big and small the moments. So seeing that she wrote the latest Princess Leia book, Bloodline, I was pretty excited. But would my excitement linger?

In Bloodline, readers discover Princess Leia’s life between the Battle of Endor and the foundation of the Resistance. Princess Leia Organa is a distinguished and somewhat older member of the New Republic’s Senate. But much like our universe, politics is division. The Senate has been split into two factions; Populists who wish to have local authority make decisions and Centrists who believe in a strong galactic central government. As Leia considers her continued role in this politically tense situation, she agrees to investigate a criminal ring as perhaps one last adventure. Leia, a Populist, is paired with Centrist Senator Ranslom Casterfo who admires the Empire’s efficiency but holds deep anger towards the late Emperor and his henchman Darth Vader. The book follows the relationship of these two different personalities as they attempt to dig deeper into a well-connected criminal underworld that could be a threat to galactic peace. And Leia’s effectiveness and loyalty is questioned as deeply held secrets of her parentage become public.

Let me cut to the chase. I am sad to say I did not enjoy Bloodline. I found that it dragged and failed to keep my interest. Like complaints that many have of the Prequels, this book simply had too much politics. And sadly it was not escapist enough for me since the political nature of the Senate seemed ripped from today’s headlines. Yes, I did enjoy this book linking original trilogy characters to Star Wars: The Force Awakens figures. And I loved the idea of finding out details of both Han Solo’ and Leia’s marriage and Han’s post Rebellion vocation. But these glimpses, regardless of how interesting a new character like Ranslom Casterfo was, just did not keep my general interest.

Star Wars fans will want to read Bloodline as it provides the rest of the story. But to me this is a borrow not a buy book. I kept reading due to the fact it is canon. It does provide more backstory to Princess Leia’s decision to become part of the Resistance and why she was outside of the Senate when the Force awakened. But the story itself is simply not my cup of tea (which they apparently drink in many forms in a Galaxy Far Far Away).