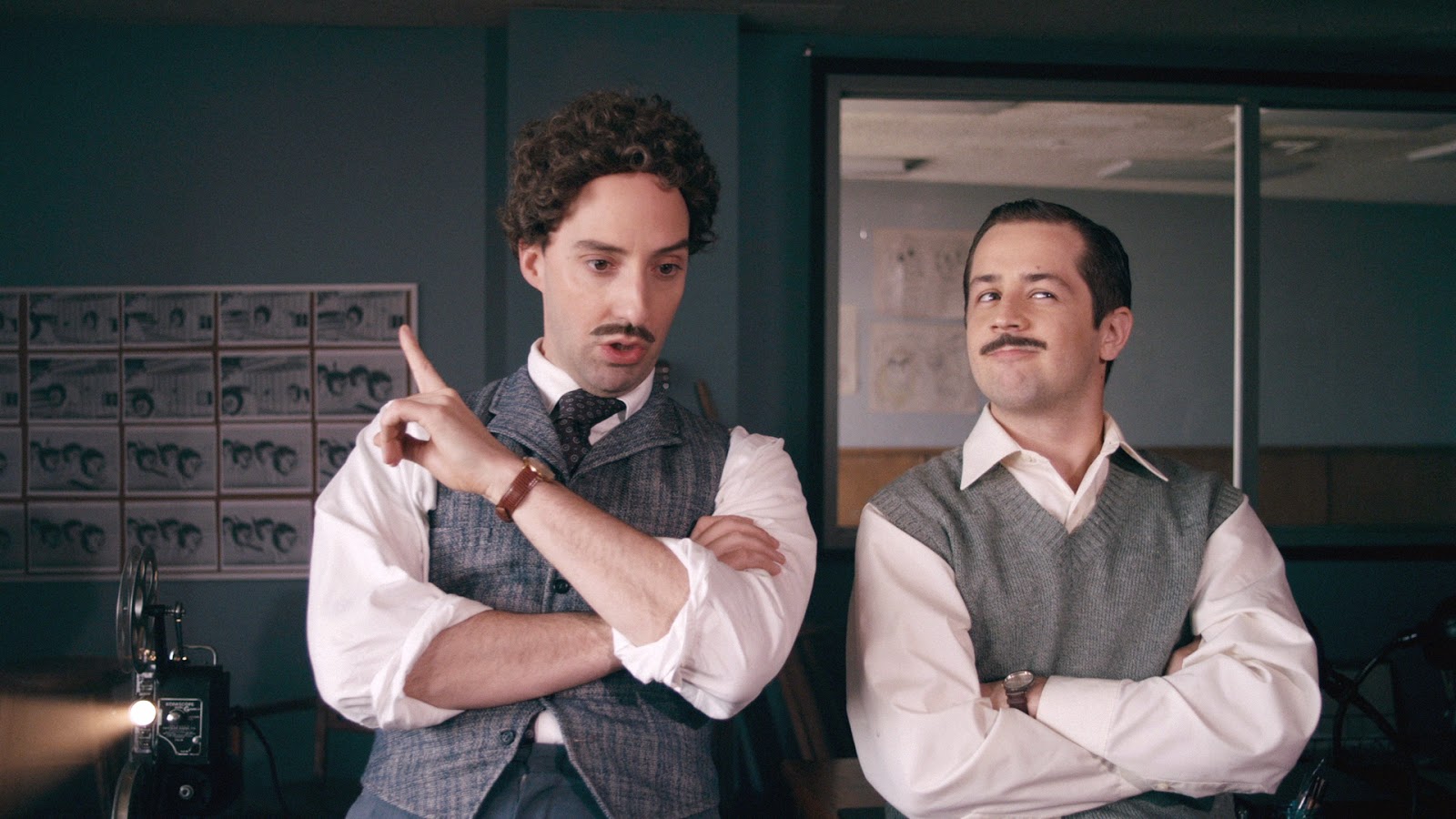 When I was in college my favorite professor said there were two kinds of historical tales.  The first was told in a lecture hall.  The second was told from a bar stool.  It appeared he believed the second category all started with, "General Patton...."

Recently when watching Sky High I jumped over to a listing of actor Michael Angarano's recent work.  I stumbled on a segment of a show called Drunk History.  The concept of Drunk History is pretty simple.  You get a narrator drunk.  The narrator tells a historical tale, not about General Patton it appears, and actors attempt to play out out including syncing their mouths to the dialogue.

Angarano's segment recounts the birth of Mickey Mouse by Walt Disney and Ub Iwerks.  And I was actually shocked how much fact there was in this recounting.

Again, I was shocked about how "true" this drunk story was.  And this the narrator appears passionate, which allows him to keep his story mostly straight despite his chemically induced state!

Posted by Between Disney at 6:14 AM