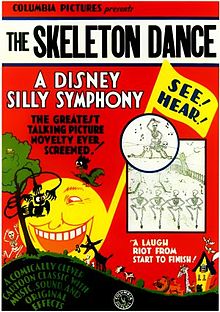 When reading Leslie Iwerks and John Kenworthy’ s The Hand Behind the Mouse: An Intimate Biography of the Man Walt Disney Called “The Greatest Animator in the World” numerous animated short films are mentioned that many are not familiar with.  I found that it was helpful and enriched my reading experience to reference these short films, with many of them available for viewing online.

The following are shorts films that Ub Iwerks contributed to during his time as an animator at Disney.

Trolley Trouble released in 1927 was the first Oswald the Lucky Rabbit Cartoon released and the second one produced.  Critics applauded this short, though Walt Disney and producer Charles Mintz were unhappy with the first offering’s jerkiness.  Being perfectionists Iwerks and Disney changes processes to improve future offerings.